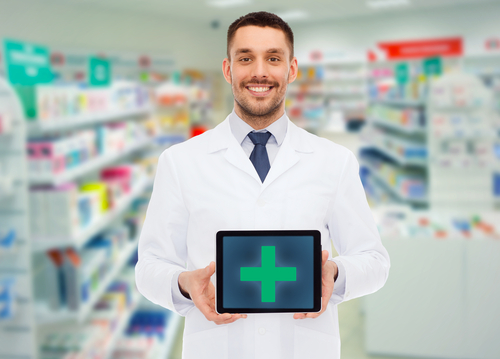 A pharmacy without a pharmacist is a shop’, Royal Pharmaceutical Society president tells annual conference

Addressing delegates at the Royal Pharmaceutical Society annual conference, president Martin Astbury stressed the importance of maintaining the quality of pharmaceutical services for patients as new technologies and laws are introduced.

Any further technological advances and legislative changes in pharmacy must maintain a high standard of pharmaceutical care and patient safety and must not lead to the removal of pharmacists from the high street, Royal Pharmaceutical Society (RPS) president Martin Astbury said in his opening address to delegates at the annual RPS conference on 4 September 2016.

“Can we replace the community pharmacy network with an Amazon-style operation? Possibly, but, the value of having an expert health professional on the high street will be lost… that’s not making the best use of technology or the profession in my view,” he said.

“The RPS believes that legislation should make it compulsory for a pharmacist to be present whenever a community pharmacy is open, a pharmacy without a pharmacist is a shop.”

Astbury acknowledged the new models of care happening across England, Scotland and Wales, but highlighted that changes in law, technology and funding will all be important factors in whether or not the models are welcomed.

Referring to the proposed cuts to community pharmacy funding in England, which he described once again as “unwelcome and short-sighted”, he emphasised the importance of recognising the scrutiny and pressure that community pharmacy is currently under.

“It disappoints me enormously when I hear leaders of our profession, although attempting to talk up the new clinical roles that we all believe in, talking down the supply role that we do – they’re talking down the fact that we dispense 1 billion prescriptions safely each year,” he said.

Although expressing concern for the future of the profession, Astbury added that he hoped ongoing work to gain additional resources through the pharmacy integration fund, proposed as part of the government’s plans for the community pharmacy sector and worth £300m by 2020–21, will lead to positive investment for the future of pharmacy.

Astbury also went on to update delegates on the RPS’s focus on science, research and education and the guidance available for members in these areas, including the RPS Roadmap, which sets out a career pathway for pharmacy professionals, and a new mentoring service that guides pharmacists through the various stages of their career.

Finally, Astbury explained the next steps in the Society’s journey from a royal society to a royal college and called for the support of members through the change.

“Royal colleges presume we are analogous to them, we are, we are performing at that level. The RPS is a professional body and royal college,” he said. “The next question is would our members be interested in the RPS having a name change?”

previousTwo-thirds of women found ibuprofen to be sufficient treatment

If you make Facer’s Pharmacy your first port of call for health concerns, especially minor ailments, Ian Facer and his colleagues can save you a long wait to see the doctor by giving professional advice and help.